May Day, May Day - Plus a Short Rant On Drag Queens

HOW IS IT MAY ALREADY, YOU GUYS???

This year is just flying. Not that we aren't enjoying it, quite the opposite! We've done quite a few fun things over the last few weeks! 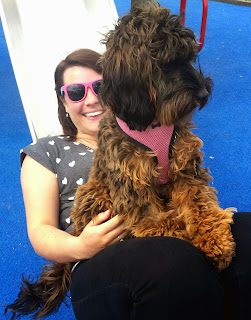 This last weekend we drove down to Sarah's parents' house for dinner and a catch up. We had a lovely Chinese, with even better company, and Bisbee loved being with her Nanny Nutley. As usual, Sarah's mum had a lovely new toy for our girl - well, they say grandparents spoil! We caught up on mutually loved TV shows until the wee hours of the morning. 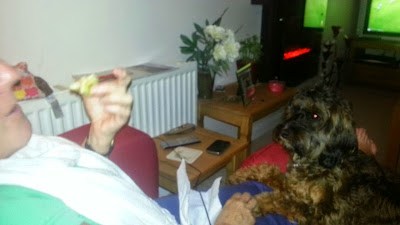 The next day we met one of our very bestests, Kate (Bridesmaid Kate!) who has recently moved over to the UK to be closer to us. Or it may be to live with her boyfriend, Lee, in Poole. But I'm betting it's the first reason. Anyway, we met them, and Lee's little boy, in a gorgeous country pub in Basingstoke. We went on a stroll with Bisbee, accidentally went into a historical site without paying, had a delicious meal, and caught up. Lee's son wore a tie to meet us. It was just adorable. We are so glad we have her here for the next year or so, and plan on making the absolute most of it! 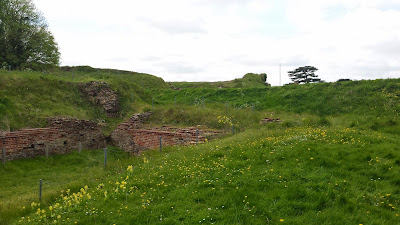 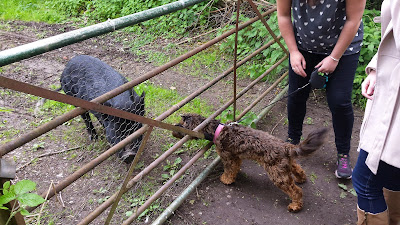 Last Thursday, we bombed the two hours down to London after work, to see the AAA Girls in Vauxhall. In case you're not familiar, they are comprised of Willam Belli, Courtney Act, and Alaska Thunderfuck, all of Ru Paul's Drag Race fame. Also and other things, but for ease of writing, Drag Race.
Before the show started we tubed into Covent Garden to visit The Diner - Instagram followers may remember this place from its rave review after my old work took me there as my leaving dinner, and ever since I've been dreaming of taking Sarah there. Actually dreaming. Most American themed places stick to the classics, but The Diner has all the awful foods an American doesn't realised she'll miss until they are gone - and they reinvent these dishes so they are maybe even more delicious. Maybe.

I had a Pina Colada milkshake, which was TO DIE FOR, and Sarah had a scrummy strawberry one. 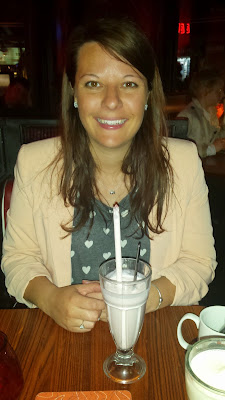 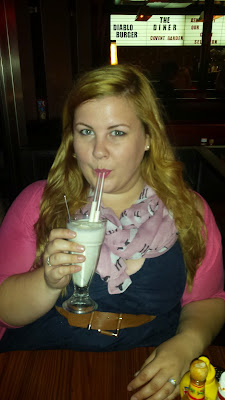 Together we shared corn dogs, sweet potato pancakes, buttermilk chicken strips, and my fave - tater tot benedict. *drool* I was confused initally by the addition of a poached egg and hollandaise to tater tots, if it ain't broke and all that, but I was wrong. Incredible. 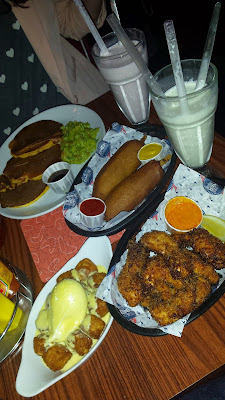 Anyway obviously we definitely recommend chowing down at one of their London locations. We can't wait to go back. 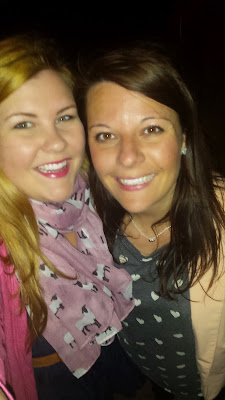 Right, back to the show. I am IN LOVE with Willam, so was so chuffed when S suggested we go. I just think she is stunning, and so funny, and I would be her if I could. Probably. As long as I could still be married to Sarah. Besides the point. 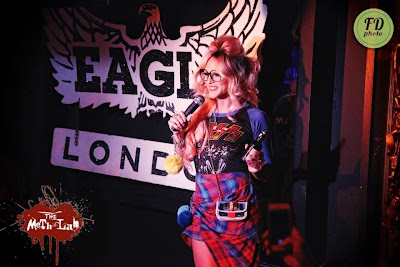 The show was hosted by the Meth Lab, did anyone else watch that show about Drag Queens in London? They were in that. The performers were so great - especially Ruby Wednesday, who did a fantastic piece. I was there in awe thinking how in another life I'd like to be one of the women in this performing crew, and then before my eyes I remembered that being a woman in a show like this means getting completely naked onstage, so I decided to not pursue that fleeting dream. 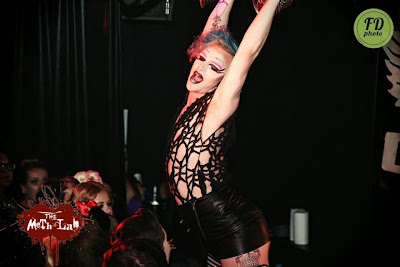 The AAA Girls each got on stage and sang a few of their songs, and they were even more stunning and wonderful in real life. It is just so impressive that they are much better at being a woman, and also a man, than me. Makeup, hair, clothes, and their BODIES - just amazing.

Gosh I didn't realise I felt so strongly on the subject! Apologies!

Ahh and we went to Wales for May bank holiday - it calls for a whole new post on its own, you should GO there! It's stunning! 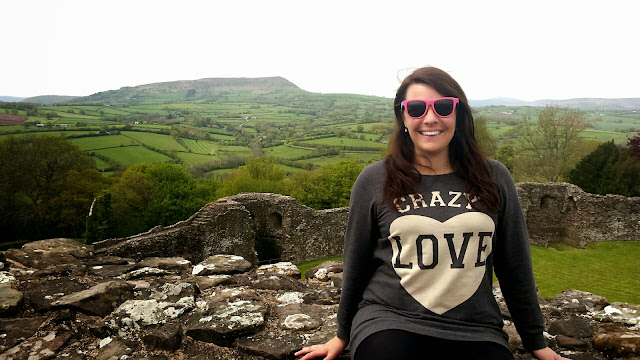 In final news, my brother found his own flat today - he's such a boss - first job he applied for, he got, and first flat he looked at, he loved! He'll be in Moseley, which is a lovely town in Birmingham, with a lovely farmer's market (or, probably more interesting to him, decent nightlife!) We are helping him move in on Thursday. It'll be weird going back to just the two of us! Er, three of us!

And also, I'm off to Baltimore for the last week of May - my mum is having an operation there, and I'm very grateful that I'm able to go spend some time with her and my dad, and be there for it. If anyone has any suggestions of things to do in the areas, let me know!

I feel like I haven't spoken to anyone in ages, caught up on blogs, anything! Please let me know your news :) 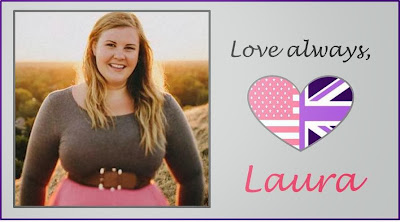