What We Really DON'T Love Wednesday!!

Today's WWLW is going to be a little different. We don't know if it's the rain, work, or what, but something has got us annoyed this week. So annoyed, we want to tell you all about it, like the cratchety old ladies we are. So please enjoy our little rants - hopefully you'll agree with us on all some of them!

'Is Pepsi okay?' - If you're a Diet Coke drinker, like you should be we are, you will have at some point had wait staff hurl this abuse at you. Every time we are asked that question, the restaurant goes down in our esteem. We are actually more likely to go to restaurants that serve Coke rather than Pepsi. Sure, Pepsi is cheaper, but that's because people don't like it as much. This site says it PERFECTLY. Just the fact that they have to ask should make the answer obvious. You never hear 'Is Coke okay?' because that, friends, would be a rhetorical question. Of course it is. 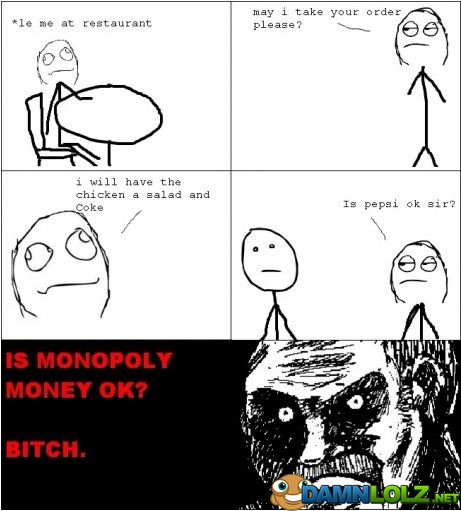 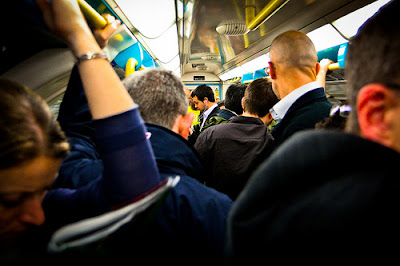 (OK so this is just for those who ride the tube, but we think you’ll understand even if you don't!)
If you are on a crowded train, and it is approaching a station, DO NOT stand up and start pushing past before we even arrive – announcing ‘EXCUSE ME, EXCUSE ME’ - for all you know EVERYONE between you and the door could be getting off at the next stop, and pushing people who have nowhere to go is NOT going to get you there quicker! Nor is squeezing past people so they are off-balance just as the tube stops- it’s just so ANNOYING! And if people are like us, and we are sure they are, when you do this, we make an effort NOT to move out of the way for you. So if you be a regular person, you'll get off quicker. Ironic, right?
Also, diving onto a packed train at the last second announcing ‘There's always room for one more!’ is never acceptable – just because you SAY IT does NOT make it true – in fact, it achieves nothing except squeezing everyone in a little tighter and pissing off the people around you. And for those of you who do dive in, DON’T lead with your bag – that’s just painful! Or your elbow, for that matter - Laura almost got a black eye from the 'always room for one more' guy! 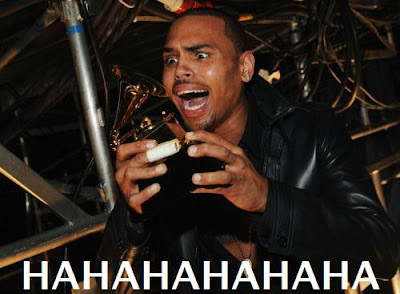 This kid is the reason we don't believe in karma. We mean, really - he beats his girlfriend within an inch of her life, doesn't ever, not once, act like he is actually sorry about it, but still comes out with these horribly catchy awesome tunes that make us simultaneously want to dance and feel really guilty for liking them? How is this even fair? His apology was forced, and looked more like a reluctant kid who was made to apologise by his mother than an adult pop star who was quite rightly apologising to his fans and his girlfriend for letting us all down. And since then, all he has done (besides made frustratingly dance-able music) is complain how people won't let it go, and how he's so hard done by. Ridiculous. Even Rihanna decided to collaborate with him, after first walking away 'to be a good example' to her fans, admittedly because she could make tons of money from it. THE MAN BEAT YOU!!! It's sad that in this day and age, dignity can be bought so easily, even by someone who doesn't need the money. And now he has young girl fans all over the internet, saying things like these gems: 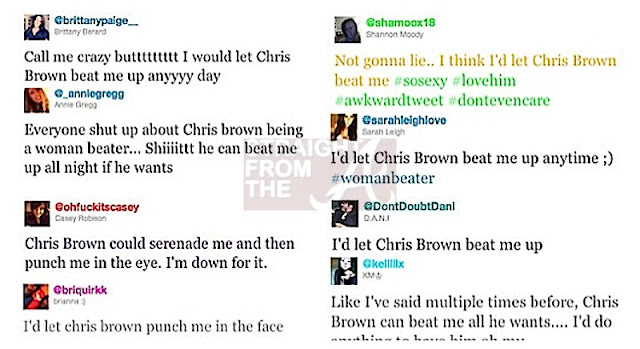 So we think we can all agree that his continued success and existence is a bit of an epicfail, society.

July 2012 UPDATE!: To make matters even worse the media is now reporting that Mr Chris Brown is also homophobic! And not keeping quiet about it. The latest slur from the 'charming young man' was aimed at Frank Ocean. Of course he is now tweeting up an apologetic storm BUT other instances show that he's being homophobic in the past.


Via RadarOnline, Star Magazine reported that Brown used anti-gay comments during a basketball game. When shooting hoops at a 24 Hour Fitness gym in L.A. on June 29 Brown began hurling cuss words when the game intensified.
“He got really ticked off when things didn’t go his way during the game, saying, ‘That’s gay!’ and ‘You’re a f—– a–!’ to the other players, ” an eyewitness told the tabloid.

Just another reason to dislike the man!

OK, not all smokers – we’re friends with a few- but smokers who invade our outdoor space to chain-smoke without any regard for the people around them, and just want to make sure we’re enjoying their smoke and not FRESH AIR! The most recent example that started this off – on the one sunny day this week we took our lunch to the park, found our space and sat down in the nice green grass (checking no smokers were already there).  No sooner had the sandwiches been unwrapped, a man sat less than 2 metres (like 3-4 feet for us regular folk haha) from us and smoked at least 5 cigarettes, with the wind in our direction the entire time – we returned to work smelling like we’d been on a night out, not a park lunch!!! We understand some people just need to smoke, but please have the courtesy to find a space where you aren’t ruining lunches, polluting the insides of bus shelters or being unsociable!

If you could also stay away from door entrance/exits, it would also be much appreciated. As we exit a building (or tube station, those are especially bad for it - I mean what, you couldn't wait another few steps to light up?) we do not want to be greeted with a face full of smoke, we prefer fresh air. And as we enter, we don’t want the next person we greet to get the smell of smoke – we spend money on perfume and would prefer that be the first thing people smell.

Have you seen their new ad campaign? Talk about making us not want to wear their clothes. It features ads such as the following: 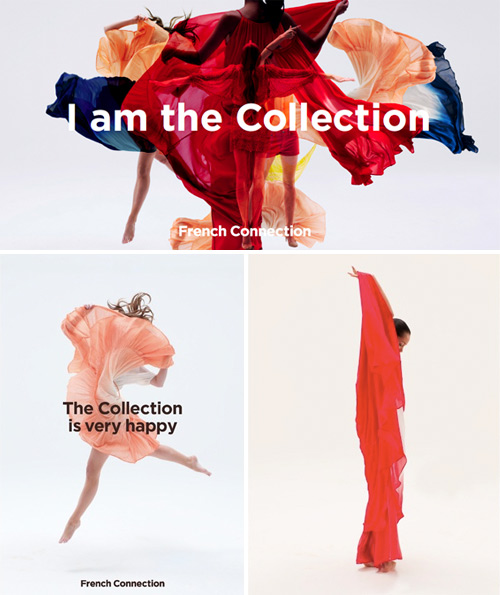 This is the only campaign we've ever seen that has actively made us decide not to go there anymore. Until they make it up to us, with a less-douchy ad series. Talk about alienating your customer - we thought 'I am man' and 'I am woman', their last campaign, was bad, and couldn't have imagined it getting more confusing.

So now when we see this ad, we don't think 'I want that dress' but SERIOUSLY, CLOTHES DON'T HAVE FEELINGS!!
We must admit, its powerful advertising - we actually get physically annoyed whenever we see the adverts. Even right now we are tense, writing about it.
Maybe we aren't their target audience - but as 20 something young professionals in London, surely we can't be THAT far from the target audience for these silly things? The Collection is not happy, forgetful, playful, lactose-intolerant - they are clothes.
What do you think of these things? What is really getting your goat lately??

Email ThisBlogThis!Share to TwitterShare to FacebookShare to Pinterest
Labels: Celebs, Us, WWLW